Nothing feels better than having your voice heard.

Co-founder of Green Card Voices (GCV) and immigrant Tea Rozman-Clark has no problem sharing her voice when it comes to talking about Minnesota’s immigrant population. With her organization’s book series of the same name, Tea is giving immigrants a platform to share stories that are often overlooked or mistold in mainstream media.

“Unfortunately a lot of the media articles don't focus on the individual stories,” said Tea. “Often there’s some larger event happening like a special executive order, and so the story of the individual becomes secondary or is molded to fit the primary context.”

Part of Tea’s mission is to change this narrative. At GCV, the storyteller is the focus.

“We just really wanted to share the breadth and diversity within the immigrant population and the various contributions that we're making on many different levels in the state, and with our stories we want to connect to our new neighbors,” Tea said.

"With our stories we want to connect to our new neighbors."

The Saint Paul & Minnesota Foundation has supported GCV since 2017. After publishing “Green Card Youth Voices: Immigration Stories from a St. Paul High School,” GCV received funding from the Foundation to create an exhibit based on the book that traveled throughout Minnesota last year. This book is just one of five GCV created for its youth series. Other books featured in the series include the cities of Minneapolis, Fargo, Atlanta and Madison/Milwaukee.

Using only six open-ended questions (sent to storytellers well in advance), this organization has had the ability to help 420 people coming from more than 120 countries tell their own stories. By allowing individuals to be “in control of their narrative,” GCV has been able to share stories on topics from youth to entrepreneurship to STEM.

“This year, in December, in partnership with the Science Museum of Minnesota, University of St. Thomas and Ecolab we are publishing ‘Green Card STEM Voices,’ which is going to be a collection of 20 immigrants and refugees who work in different fields in STEM in Minnesota,” Tea said.

Tea is excited about the STEM series slated to launch on Dec. 7, 2019.

The GCV team has already recorded the 20 individuals who will be featured in the book. This summer they will work with their authors to transcribe, edit and cut stories in length for production.

GCV’s books are available in both paperback and digital versions. Each story will also have a link to a five-minute video, where viewers will be able to watch and hear immigrants tell their own stories in a very authentic way. All of the stories GCV has gathered are those of first-generation immigrants, like Tea. With the 2020 Presidential Election on the horizon, she as well as her team are already in popular demand.

“I looked at all the conferences we're going to be speaking at and I think October is seven conferences,” Tea said. “You know with every election unfortunately immigration is one of the main topics discussed. There's a lot of very polarizing views about it. We're definitely getting ready for an important year where we will obviously do our absolute best to bring the voices of immigrants to the forefront.”

Supporting Immigrants and Refugees Through Grantmaking

In honor of World Refugee Day on June 20, here is a list of other organizations supported by the Saint Paul & Minnesota Foundation that are working hard to support immigrants and refugees in Minnesota.

Center for Victims of Torture

Inspire Generosity Advocate for Equity All Story Nonprofit to Know 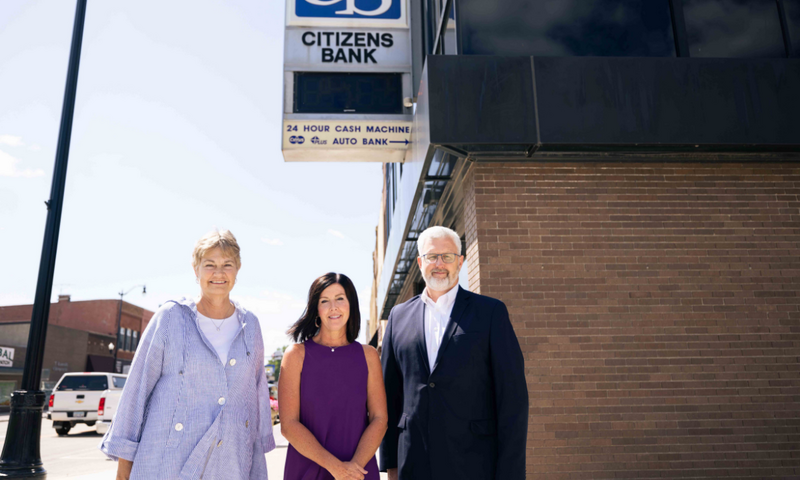 Stories From Across Minnesota: A Legacy of Giving in Hutchinson