A personal account of Truth and Transformation: Changing Racial Narratives in Media

I can still remember my excitement in graduate school when I had the opportunity to write about Grammy Award-winning rapper Che “Rhymefest” Smith’s run for Alderman in Chicago’s 20th Ward.

Rhymefest and I had met the previous weekend at Hansberry Park, right across from famed playwright Lorraine Hansberry’s home. He had brought his young daughter, and during our interview on the swings by the park bench, he educated me on the history of his illustrious neighborhood, and why it was important for him to preserve its beauty.

That Monday, I walked into my school newsroom with my shoulders back and head high―I had a great story. When it was my turn to meet with my editor/professor I jumped, ready to receive the positive feedback.

With his red pen in hand, he began to read. As he went through each sentence, my confidence grew. Minus a few red marks here and there, it seemed as if he saw few errors. Then, he asked me a question.

“Garner, why did you not include his arrest?”

I asked my professor what that specific incident had to do with Smith’s run for Alderman. His answer was something to the effect of ‘readers needed to know what type of man he is.’ To appease the editor, I added it, burying it. When he conducted the final edit, he made the arrest a focal point.

This was my first experience as a journalist experiencing how overt biases play into storytelling, and how one person’s particular views of the world can craft “the truth.”

My story isn’t uncommon, I realized at the Truth and Transformation: Changing Racial Narratives in Media Conference at Hamline University on March 19 and 20, 2019.

To help address these negative racial depictions and their impacts, six organizations, including local media outlets, hosted this two-day workshop geared toward rectifying and changing personal bias. Nearly 300 journalists, news professionals, educators, students and community leaders from across the state and the surrounding region came together to discuss the importance of equitable representation.

To my surprise, other journalists had found themselves in similar situations where broad racial and cultural views shaped stories they'd heard or told. This created or perpetuated either absent, false or incomplete racial narratives.

I learned that both as a trained journalist, and now in my role as a communications specialist at the Saint Paul & Minnesota Foundation, it is my job to be conscious about what we report and how we report it. In order to change these narratives, I have to be cognizant of what words I use when describing racial and ethnic groups that are not my own.

I also must use my biggest asset as reporter to my advantage and ask questions; to not only tell a story, but also to tell enlightened stories that truly reflect the essence of people and their communities.

Changing racial narratives isn’t only about being culturally sensitive and aware, it’s about also being comfortable with being uncomfortable. Based on Minnesota Humanities Center’s Absent Narrative Approach, we have to begin to look at systems and communities from an equitable lens to move toward transformation.

There Is Power in Storytelling

While I hope we as a community can rewrite these racial narratives, I don’t see change happening anytime quickly. The racially diverse reflection of the conference reassured me that change is possible, but the work of journalists, students and community members over two days isn’t nearly enough to counteract hundreds of years’ worth of stereotypical views and beliefs.

Many of the problematic racial narratives we believe have been interwoven into the fabric of our society. These narratives are a part of our news, entertainment, politics, literature, education, art and culture. The patterns that create these biases, be it under-representation, negative representation or missing narratives, have shaped the way we perceive the world and ultimately shape how we report. Thus, we can’t stop at the conference. We, as storytellers, as story consumers, but most importantly as clients, must seek—until it is uncomfortable—the fair and unbiased truth.

There is power in storytelling. News has the ability to make or break someone’s life. Especially in a time of social media, what’s written and shared has the ability to live on. That’s why for media professionals it’s not only a matter of getting the facts right, but making sure they paint fair and clear pictures of the people displayed in their work.

Chimamanda Ngozi Adichie said in her 2009 TED Talk, entitled The Danger of a Single Story, “The single story creates stereotypes, and the problem with stereotypes is not that they are untrue, but that they are incomplete.”

Advocate for Equity All Story Event

Who Narrates Your Story?

Rekhet Si-Asar, executive director of In Black Ink, shares how stories humanize us and invite people in to share our world.

Jamie Forman gives back to help others move forward.

The Power of Investing in Waseca

Learn how one man’s generosity in Waseca strengthened his community.

The Importance of an Eviction Moratorium

In this guest blog post, the Volunteer Lawyers Network (VLN) explains how an eviction moratorium has helped Minnesotans keep safe and secure housing throughout the pandemic.

The Community Impact team leader reflects her first seven months on the job and the needs of the year ahead.

Grants will help nonprofits remain responsive and resilient after a challenging year. 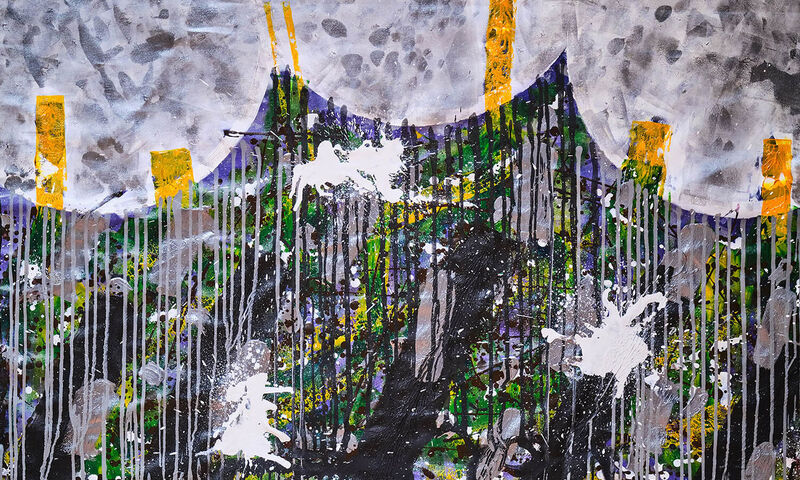 In the face of the challenges of 2020, we experienced unparalleled generosity from our donors and innovation from our staff as we responded quickly to meet the needs of our community.

Ellen will be responsible for assisting the chief investment officer in all aspects of portfolio management.